In June 2017, Moline Police Detective Scott Williams retired from the Moline Police Department and from his post as Police Coordinator of Crime Stoppers of the Quad Cities.

Detective Jon Leach was selected as the new Police Coordinator.  Crime Stoppers looks forward to implementing the ideas that Jon has to propel the program forward.

He has hit the ground running and is working with the Board of Directors on the Crime Stoppers golf outing which will be held Monday, September 11, 2017 at Pinnacle Golf Course.

Congratulations on your selection Detective Leach. 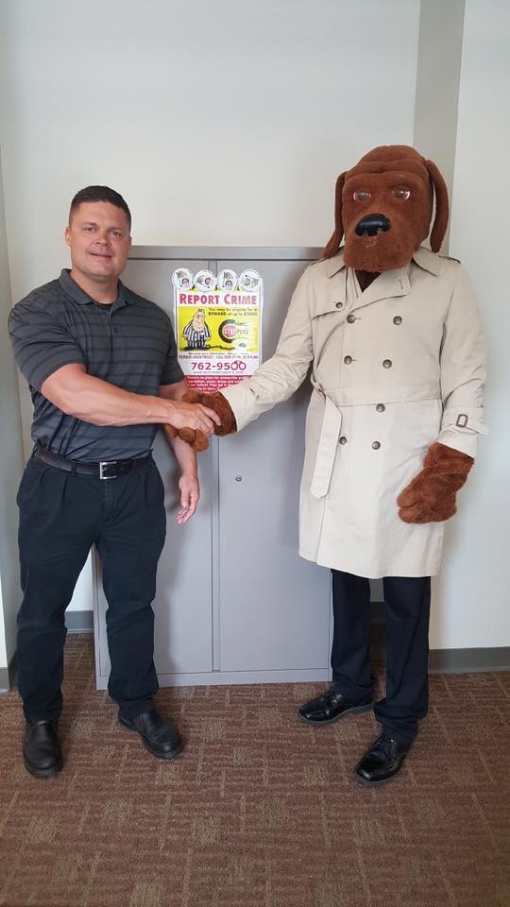